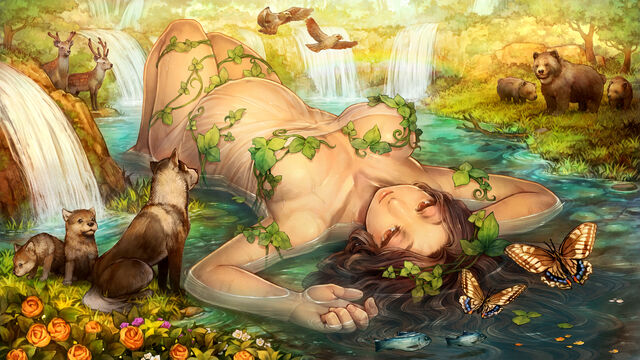 Art by SHIGATAKE. This treasure art is unlocked by completing the quest Cyclops Problems.

The Goddess gave birth to many creatures and deities, including the race of giants known as the cyclopes. Morneon seemed to be under the assumption that by releasing the myopia of cyclopes - her creations - they would gain her favor and she would give birth to a great new monster that they could control.

However, they had no actual way to possibly communicate with either the Goddess or the giants. Their messenger was trampled and killed the instant he opened the cell door.

Retrieved from "https://dragons-crown.fandom.com/wiki/Goddess_of_Fertility?oldid=7598"
Community content is available under CC-BY-SA unless otherwise noted.