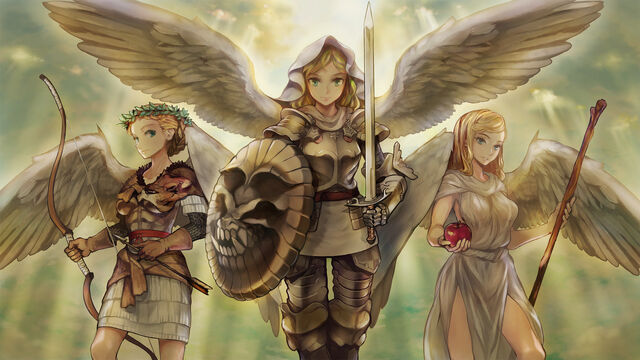 Althena is the main deity of the game and the favored patron of adventurers. She is the goddess of compassion, battle and odyssey, which makes her popular with adventurers. According to the game's lore, the three goddesses sacrificed themselves to defeat the Ancient Dragon, causing the statues in Canaan Temple to degrade.

You fully restore her powers after you defeat the Ancient Dragon, allowing for prayers towards her to be stronger at Canaan Temple. She then tells you that Jula and Vernas also don't have their full power due to other Ancient Dragons.

According to the lore of the Treasure Art Three Goddesses, she is the deity of battles and mercy.

Retrieved from "https://dragons-crown.fandom.com/wiki/Althena?oldid=6915"
Community content is available under CC-BY-SA unless otherwise noted.